What is the New Coronavirus

Corona Virus or coronavirus disease (COVID-19) was first reported in Wuhan, capital of Central China’s Hubei province. China, on December 31st, 2019. COVID-19 is caused by a new member of the coronavirus family. All members of coronavirus family come from animals and cause diseases in mammals and birds. In humans, coronaviruses cause respiratory tract infections that are typically mild, such as the common cold . It is said that many of early infection was started from a the Huanan seafood wholesale market in the center of the Chinese city Wuhan.

Many of us may still remember another member of Coronavirus Family from 2002. Both Sars (Severe acute respiratory syndrome) and Mers (Middle Eastern respiratory syndrome) (Mers) are caused by coronaviruses that came from animals. Sars was more famous as it was spread to 37 countries, causing global panic, infecting ~8000 people and killing ~750. On the other hand Mers infected 2500 people, and killed ~35% of them.

By the end of February 2020, the Coronavirus outbreak has already affected 82,000 people globally. Almost 40% of cases are closed cases, from which over 2,800 of cases are death, which is about 8%. From the Active cases 18% are in serious or critical condition.  In mainland China there have been 2700 deaths among 80,000 cases, mostly in the central province of Hubei. More than 12,000 people affected in China have already recovered, however the recovered cases may still carry and transmit the virus.

The main transmission of Coronavirus is through Human to human close contacts via respiratory droplets generated by sneezing and coughing. We also know that the virus can stay on the surface of objects such as metal, wood, plastic, glass or cloth. We don’t know how long a virus can survive outside of the body. But if the new coronavirus has the same properties as previous family members such as SARS and MERS, it can stay on surfaces for as long as 10 days. In comparison, the Flu virus can only stay on the surfaces for 2 days. This is another reason that the virus spreads, even without the direct contact with infected people.

After direct contact and entry into the host cell, the virus particle loses its shell or gets uncoated, and its genome enters the host cell cytoplasm. The reader may already be familiar with RNA which is Ribonucleic Acid, and it has one strand and shorter compared to DNA that has two strands. The coronavirus RNA genome has a 5 methylated cap and a 3 polyadenylated tail, which allows the RNA to attach to the host cell’s ribosome for translation.

Coronavirus genomes also encode a protein called RNA-dependent RNA polymerase (RdRp), which allows the viral genome to be transcribed into new RNA copies using the host cell’s machinery. The RdRp is the first protein to be made; once the gene encoding the RdRp is translated, translation is stopped by a stop codon. This is known as a nested transcript. When the mRNA transcript only encodes one gene, it is monocistronic. Coronavirus non-structural proteins provide extra fidelity to replication, because they confer a proofreading function, which is lacking in RNA-dependent RNA polymerase enzymes alone. The genome is replicated and a long polyprotein is formed, where all of the proteins are attached. Coronaviruses have a non-structural protein, which is able to cleave the polyprotein. This process is a form of genetic economy, allowing the virus to encode the greatest number of genes in a small number of nucleotides.

The reported illnesses of Coronavirus COVID-19  range from mild symptoms to severe illness and death. Symptoms can include fever, cough and shortness of breath. Those symptoms may appear in as few as 2 days or as long as 14 days after exposure. This information is based on what has been already known as the incubation period of MERS-CoV viruses. 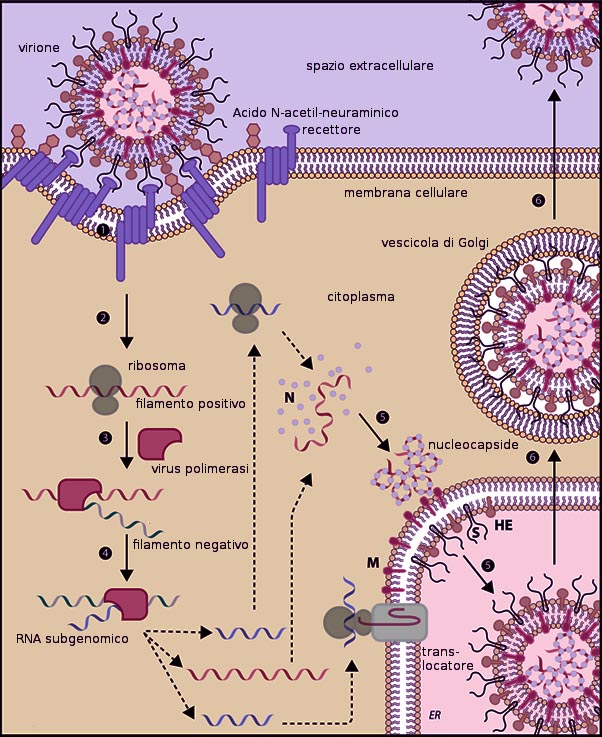 The rapid spread of the coronavirus is raising the fear of a global pandemic as the cases are already growing in many countries including Japan, Iran and Italy. The governments ramped up their emergency responses and financial markets slumped, despite the signs that the outbreak may be only limited to few countries.

The Researchers at Cademix Institute of Technology have identified three scenarios for Coronavirus Outbreak. The analysis is done based on the latest statistics offered by World Health Organization (WHO) and Worldmeters. 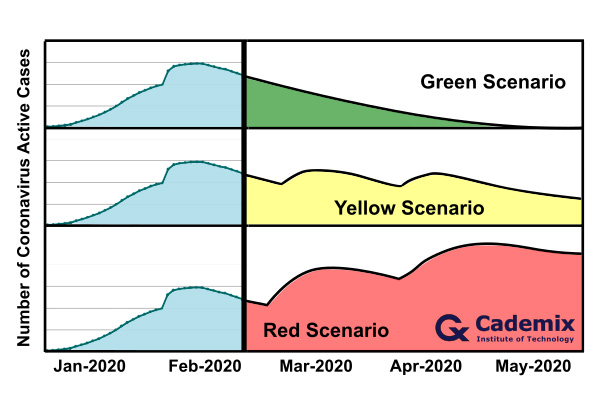 It is found that the main effective parameter is the number of coronavirus active cases, that includes useful information related to the trends and outbreak. Please note that the number of active cases is different from the closed cases, or people already died from the disease. The data clearly shows a superposition of two Gaussian distribution, one is related to the spear of the virus in Mainland China, and the second peak is related to the spread of the virus into other countries. The regression and predictive analytics show a huge chance that we might still have one or more peaks related to spread of the virus in other regions such as the Middle East, Europe or later on in Africa or South America. Based on the analysis there are three scenarios. The green scenario is the best-case scenario, that is the situation where all governments and all individuals cooperative perfectly to fully control the outbreak of the virus. In this scenario, the number of active cases may exponentially fall down and the situation would become normal by May 2020.

The other scenarios yellow and red consider the situation where the Outbreak continues over the next several months. In both scenarios the outbreak will continue as a result of spreading into new regions. It is believed  that the summer and warm temperature may weaken the strength of the Coronavirus, however the rise of the virus in Australia and Africa may change the opinion.

United Nations human rights guardian Michelle Bachelet the global community on urged in February 2020 to show solidarity with people of ethnic Asian origin subject to discrimination amid an outbreak of a novel coronavirus that started in China.

“The coronavirus epidemic has set off a disturbing wave of prejudice against people of Chinese and East Asian ethnicity, and I call on member states to do their utmost to combat this and other forms of discrimination,” she told a session of the Human Rights Council in Geneva. 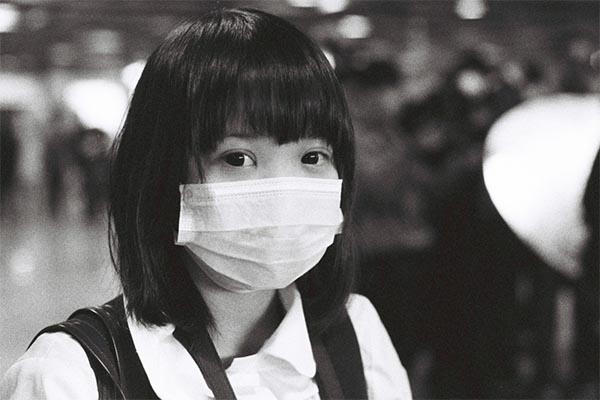 Governments already defined measures to battle a global pandemic, including border control and travel bans from specific travelers and nationals coming from specific countries. But we repeatedly hear the news that the public take a more conservative and proactive approach and some tend to overreact. Recent reports and news shows several meetings with colleagues and interviews with job seeker candidates with migration background have been cancelled during the previous days. In a few cases, people with Asian background reported direct discrimination and few cases of verbal accusations.

The Article is still under development. Please send us your comments, suggestions and details info. info@cademix.org

As of March 11th, the virus is well controlled in Mainland china, however it is exponentially increasing in other countries. The Europe is highly influenced by the Virus and the European countries as well as the European Union have already prepared measures to control the spread of the virus. Many events, Universities and schools are closed and a resulting financial crisis is unavoidable.

The World Health Organization (WHO) has just declaed the Coronavirus COVID-19 a pandemic. The declaration enables the governments to activate countermeasures and emergency procedures to protect the public, such as more drastic travel and trade restrictions. Austria has already initiated travel restriction on its border with Italy, which has a huge influence in Euro zone. 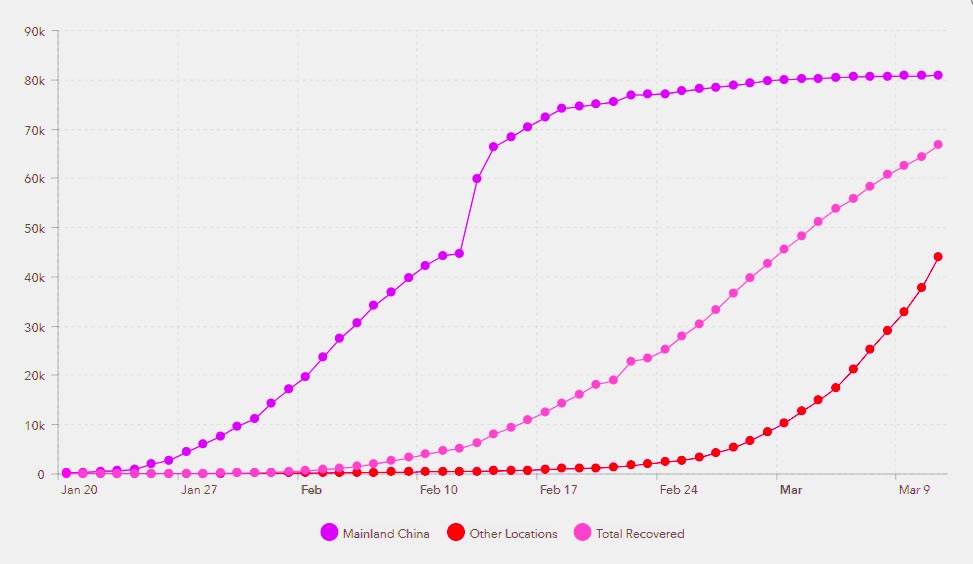 What we can do now?

The effect of Coronavirus is increasing during these days, and many careers and businesses are directly or indirectly influenced by the situation. At these hard time, we outreach all our friends, colleagues and connections who can offer or seek online professional help, to keep in touch. We hope that together we will get through it. We offer emergency business plan adaptation and emergency career development adaptations.

“While we hope that the clinical scope of the Coronavirus becomes limited to a Green and safe scenario, we predict that a cultural change and social impact is unavoidable. Xenophobia caused by Coronavirus and prejudice against certain ethnicity groups may exist in Europe and elsewhere for many years.” 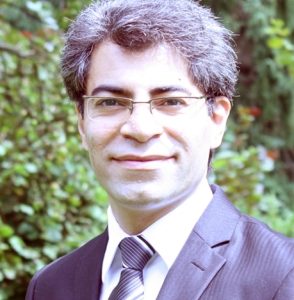 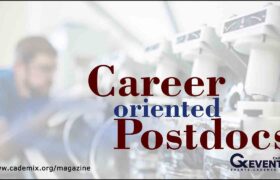 A comparison of 3 types of potsdocs and their different... 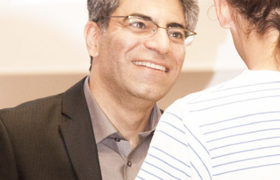 Meet the Cademix President Office, and learn about the overall... 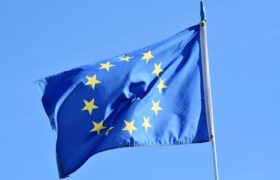 Check out some of our partnerships in Europe, and see... 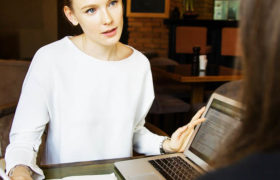