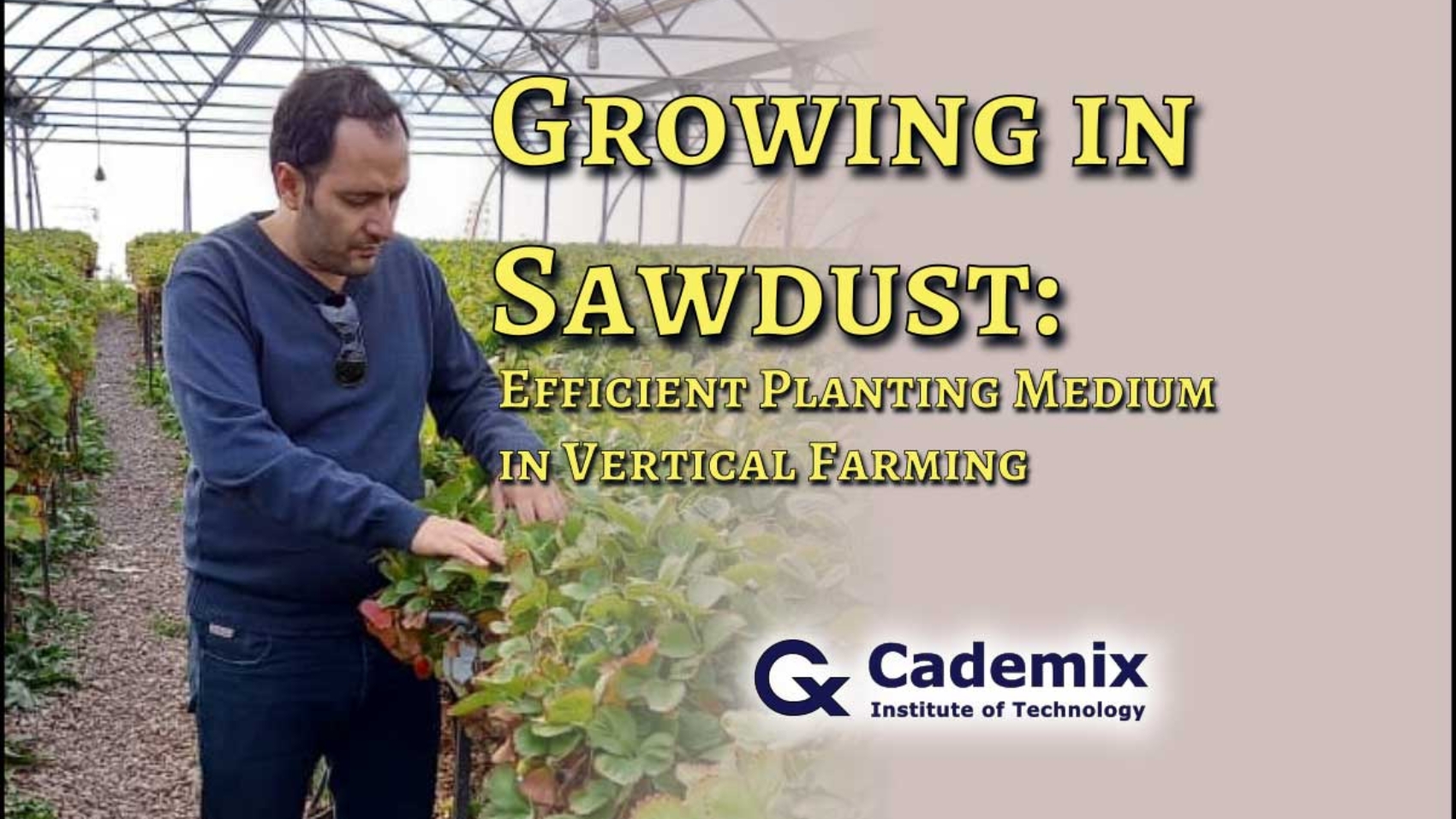 In this study we examined sawdust as a media in transplant production. It is an alternative to coco peat as a conventional seedling culture media, where we specifically use it in vertical farming conditions with artificial light. We further report a series of experiments for various germination, Irrigation and Fertigation.
By Hossein Nazarin, Cademix Institute of Technology

The Sustainable Development Goals (SDGs) and My Rural Entrepreneurship Experience is the subject of an article in which I discuss how I was able to meet more than three SDGs. In this article, I’ve also attempted to explain and discuss SDG goals from my Personal Experience. By Zahra Kamali, Cademix Institute of Technology 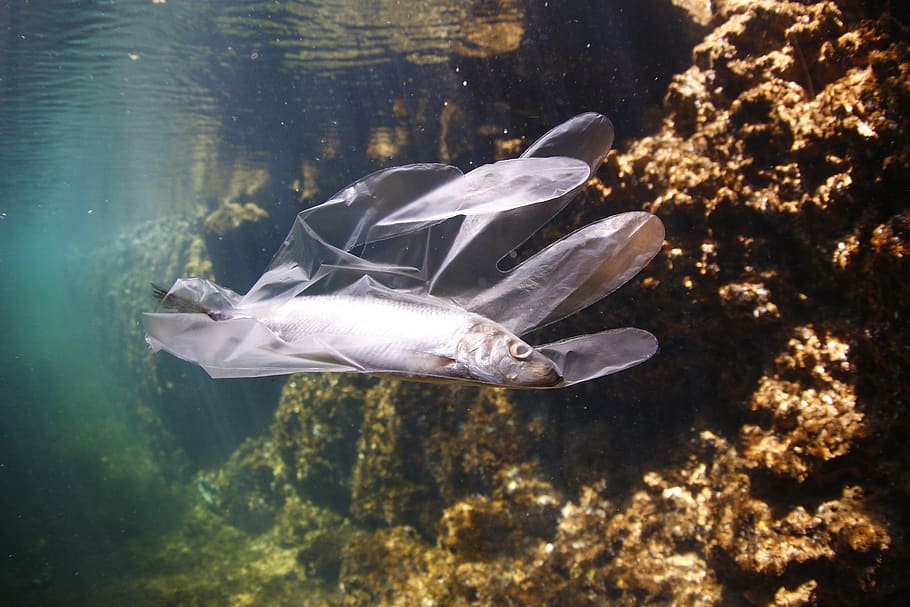 Plastics and their Applications

Plastics are a broad category of synthetic or semi-synthetic materials based on polymers. It can be molded, extruded, or pressed into solid objects of various shapes. Its adaptability, along with other properties like lightweight, durability, flexibility, and low cost, has led to its widespread use.

At the 1862 London International Exhibition, Alexander Parkes introduced the world’s first man-made plastic. Parks discovered “Parkesine” while trying to develop a synthetic substitute for shellac for waterproofing. Parkesine, though not a commercial success, was an important first step in the development of synthetic plastics. John Wesley Hyatt of Albany, New York, discovered a way to manufacture an improved version of Parkesine, commonly known as celluloid.

Plastics effecting on a global scale

Most of the plastic waste in the oceans comes from land. Major rivers also carry trash to the sea, acting as conveyor belts, picking up trash as they flow. If plastics are in ocean currents, they will travel the world.

Scientists found plastic from Russia, the US, Europe, South America, Japan, and China on Henderson Island, an uninhabited atoll in the Pitcairn Group halfway between Chile and New Zealand. The South Pacific gyre, a circular ocean current, carried them there.

Once at sea, sunlight, wind, and waves break down plastic garbage into tiny bits. Microplastics are in every corner of the world. From Mount Everest to the Mariana Trench, the deepest trench in the world. Microplastics continue to break down. Plastic microfibers are in municipal water systems and in the air.

Plastic kills millions of creatures every year, from birds to fish to other marine life. Plastics have harmed nearly 700 species, including endangered ones. Almost every seabird eats plastic. The images below show the live example of plastic damage on Aquatic and wildlife. 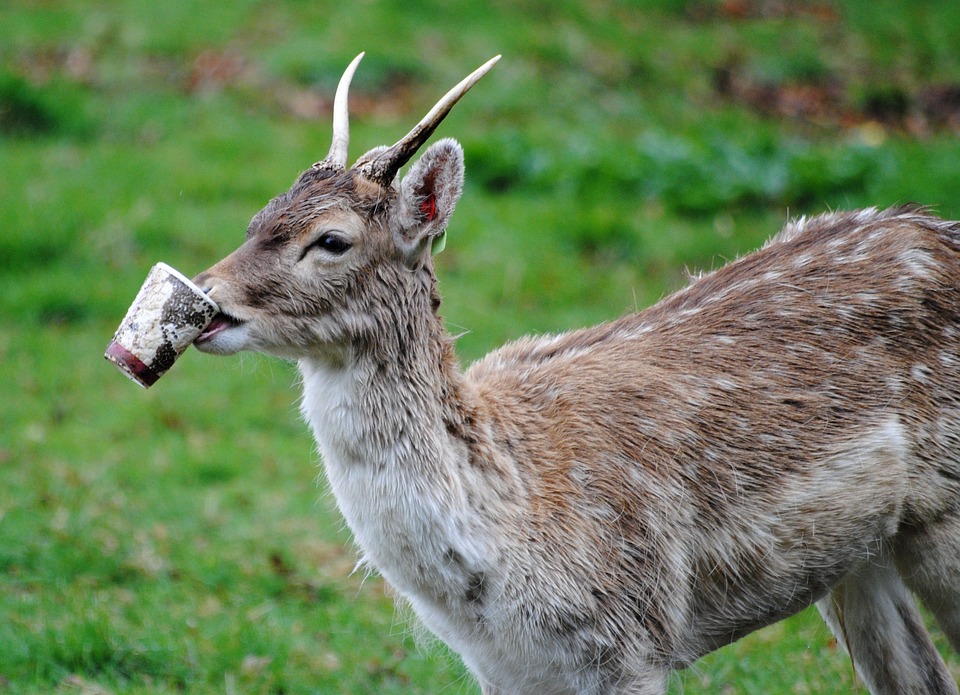 Plastic Waste in Aquatic and Wildlife

Due to the global impacts of plastics most animal deaths are due to entanglement or malnutrition. Abandoned fishing gear or six-pack rings strangle seals, whales, turtles, and other animals. These little pieces often travel through the digestive system unnoticed. Other studies show plastics can obstruct digestive tracts or penetrate vital organs, killing. Plastic-filled stomachs limit appetite, causing famine.

Many land-based species, such as elephants, rhinos, tigers, camels, and other large mammals, have died after eating plastic. Researchers found damage to the liver and reproductive systems of some species, such as oysters, resulting in reduced egg production. In the initial days of life, larval fish consume nanofibers, prompting new concerns about plastics’ impact on fish populations.

By 2025, the ocean will have 1 ton of plastic for every 3 tons of fish. Plastic makes up over 80% of marine litter, killing up to 1 million seabirds and 100,000 marine creatures annually. The global impact of plastics causes at least $13 billion in annual economic damage to the global marine ecosystem and cleaning up beaches from plastic costs more than manufacturing.

Some studies estimate that people consume five grams of plastic per week from the tap, bottled water, and food. This eventually gets into our blood, causing cancer and other diseases. In addition, burning plastic can harm human health and contribute to climate change.

At the start of 2018, China, which imports 45 percent of all plastic waste, banned 24 recyclable materials, including recycled plastics. That pushed the European Union to recycle its own waste.

Recycling plastics leads to conserving natural resources and Energy, and it is important because the usage of plastics is growing.

In America, plastics have grown in importance in our nation’s municipal solid waste (MSW), from less than 1% in 1960 to over 12% in 2018, according to an EPA report. 1. According to Statista, bottled water sales have increased steadily over the last decade, from 8.45 billion gallons in 2009 to 14.4 billion gallons in 2019. 2 American consumers of bottled water are clearly on the rise.

Steps in Recycling of Plastics

Plastic recycling is easier than making new plastic products. However, plastic recycling is not an easy task. It necessitates meticulous procedures. It may take months. Regardless of the plastic’s use or type, it goes through some basic steps during recycling. Here are six steps to recycle plastic.

The first step in plastic recycling is collecting waste. While this process appears simple, it is not. Recyclers place recycling bins in public, residential, and industrial zones to facilitate collection.

After collection, recyclers send the plastic to facilities that sort it by type. Plastics vary in size, color, thickness, and use.

Washing is essential to avoid damage to the new product. Aside from that, contaminants in plastic products may not be recyclable.

Plastic material is cut into small pieces to easier the process. Plastic is reprocessed into other sizes using shredding. Resizing also helps recyclers identify elements like metal that were missed during washing.

Here plastics are tested and determined their quality. The plastics sorted further processing. This process tests several features. Density is one of them. Particles sinking are less dense than those floating. This step also determines the plastic’s color and melting point. They sort the plastic particles and send them to be processed. other is Air. Plastic particles blown into the wind tunnel to test air classification. Larger plastic will stay at the wind tunnel’s bottom. Thinner one’s float.

Plastic recycling ends with compounding. Recycling converts plastic particles into materials that manufacturers can use. It involves smashing and melting plastic to make pellets. Later on, nevertheless, the pellets are then processed into new plastic and non-plastic products. This last step takes the most time and energy. Then new plastic materials emerge. Or other materials intended by the recycler.

Mechanical Recycling: This is the most common recycling method. Mechanic recycling is another term for old-fashioned This method recycles thermoplastics.  Plastics are traditionally recycled by melting and reprocessing. After recycling plastic, injection molding is used to create new products.

Advanced Recycling: Advanced recycling uses chemicals to break down plastic. This method includes three techniques. Pyrolysis, chemical recycling, and gasification are examples. Firstly Pyrolysis is a method of turning plastic waste into crude oil. Secondly, Chemical recycling involves converting a polymer into a monomer. Finally, gasification turns plastic into gas. As a result, producers use this gas to generate electricity.

According to treehugger the examples of recyclable plastics are LDPE, HDPE, PP, PVC, PET, PS

A new method in the recycling plastics

One of the challenges in recycling plastic is recycling different types of plastics together due to their differing properties. Although plastics have an irreversible and detrimental biological impact on the environment, separating and treating each type of plastic adds to the cost of recycling plastic.

Tingan Lin and Limin Bao of Shinshu University studied thermoplastic materials’ recyclability and sustainability. Material properties were also studied. Plastics are the third most used manmade material after steel and cement. This has resulted in excessive plastic pollution.

Melting thermoplastic polyurethane and polypropylene together proved difficult due to their different melting points of 145°C and 165°C. Therefore Lin et al. added a suitable compatibilizer that acts as a go-between for the plastics, allowing them to be processed simultaneously. The plastic’s quality has not changed.

To prevent the global impact of plastics, plastics from entering oceans and landfills, some companies are now melting plastic products, mixing additives, and using the mixture to pave roads. Therefore MacRebur was the one to build plastic roads. As a result, it helps reduce carbon footprint by using only single-use plastics.

Empty plastic bottles filled with clean, dried, single-use plastics with no gaps. Therefore this makes them extremely durable and reusable as building blocks for tables, beds, stages, and even walls. a school in South Africa made of Ecobricks

In recent years, the number of refugees and homeless people has increased globally. This necessitates affordable housing solutions. Therefore Bath University researchers have been designing and testing reusable shelters with Protomax Plastic Engineering. Although it is cheap and simple to build housing will be in high demand in the coming years and may help solve the big plastic waste problem.

Usage of plastic has been increased exponentially and increases to do so. To control the global impact of plastics, one effective way is increasing plastic recycling and avoiding one-time usable plastics. There are so many innovative ideas and projects going on with recyclable plastics. The main challenge is controlling plastics entering wild and aquatic life. Every human being who uses and who does not use plastics has to be respectful towards nature and other life forms and be attentive while throwing off the plastics. 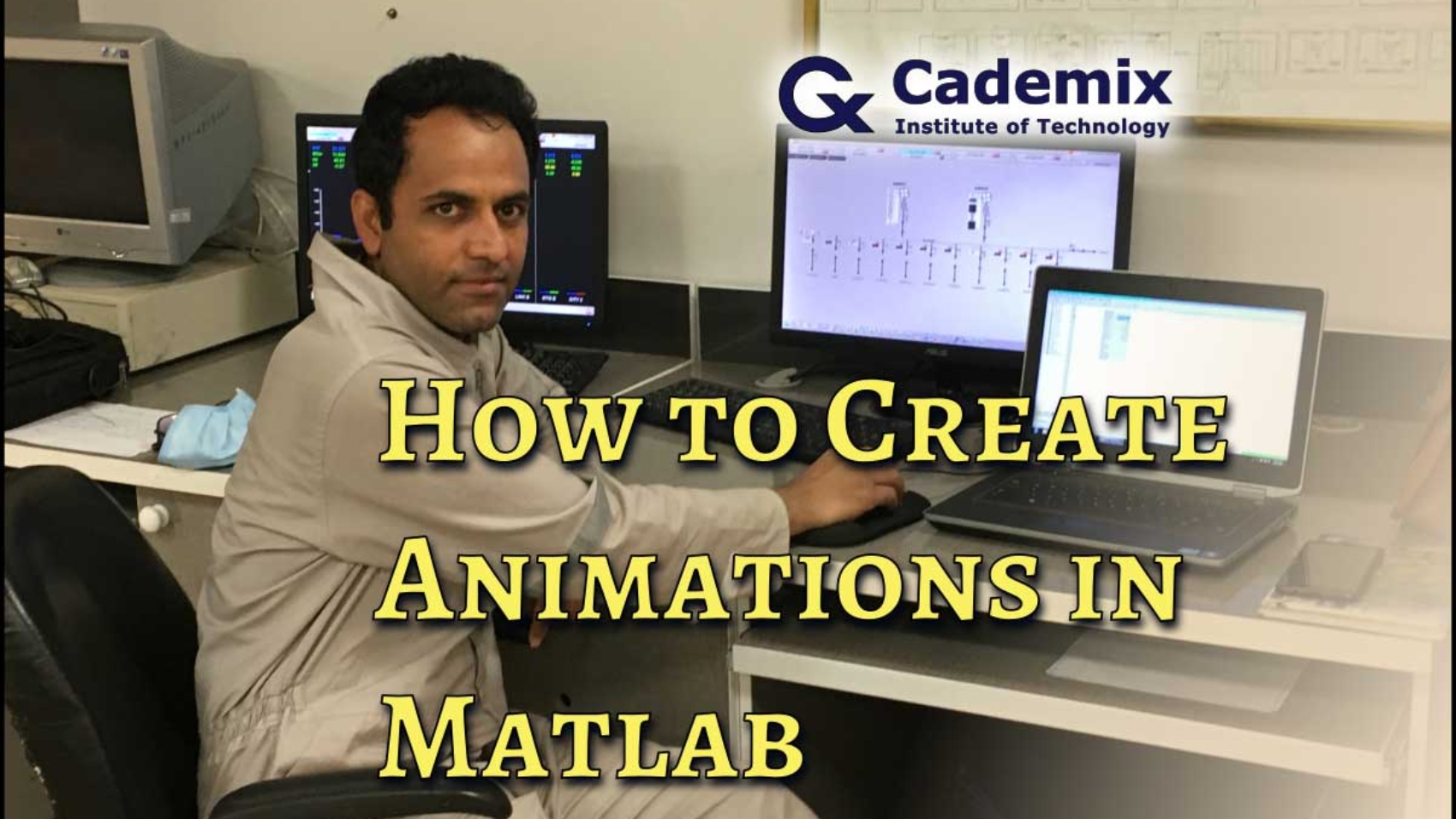 In this article we are going to discuss various methods for creating a video in MATLAB. We also present a short tutorial how to create animation in MATLAB, with examples and the original codes. As a reader, you can change the codes to create your own animations in MATLAB. By Ahmad Atash Afzon, Cademix Institute of Technology 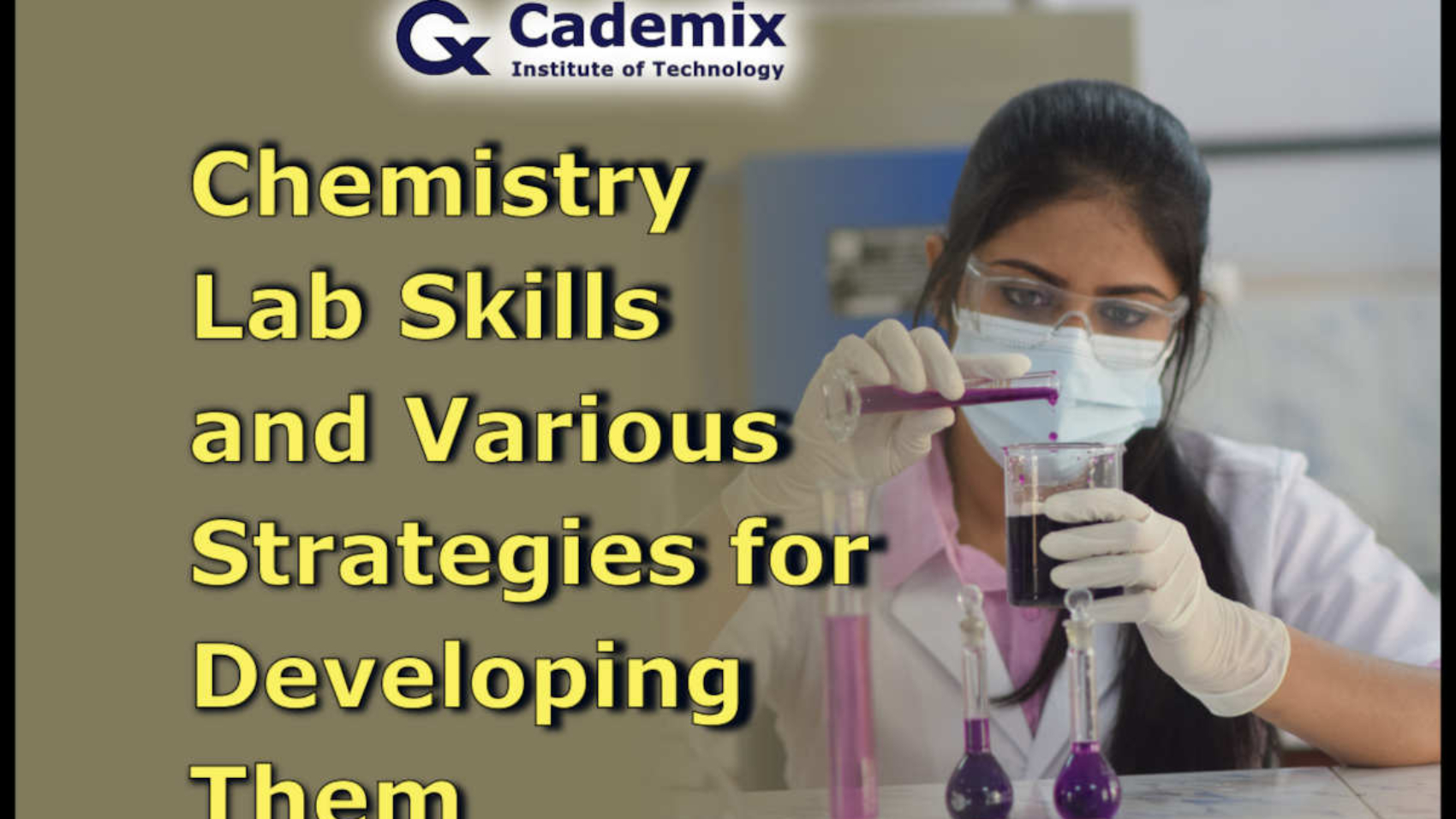 Chemistry lab skills are the ability to execute specific tasks in the laboratory. Hence, certain set of skills are necessary for the good performance in a chemistry lab. They are, safe laboratory practices, experimental skills, proper handling of laboratory equipment, analytical techniques, scientific writing and record-keeping, critical thinking, and problem-solving skills. This article discusses the critical laboratory skills that a chemist must possess, as well as some tips on how to improve them. 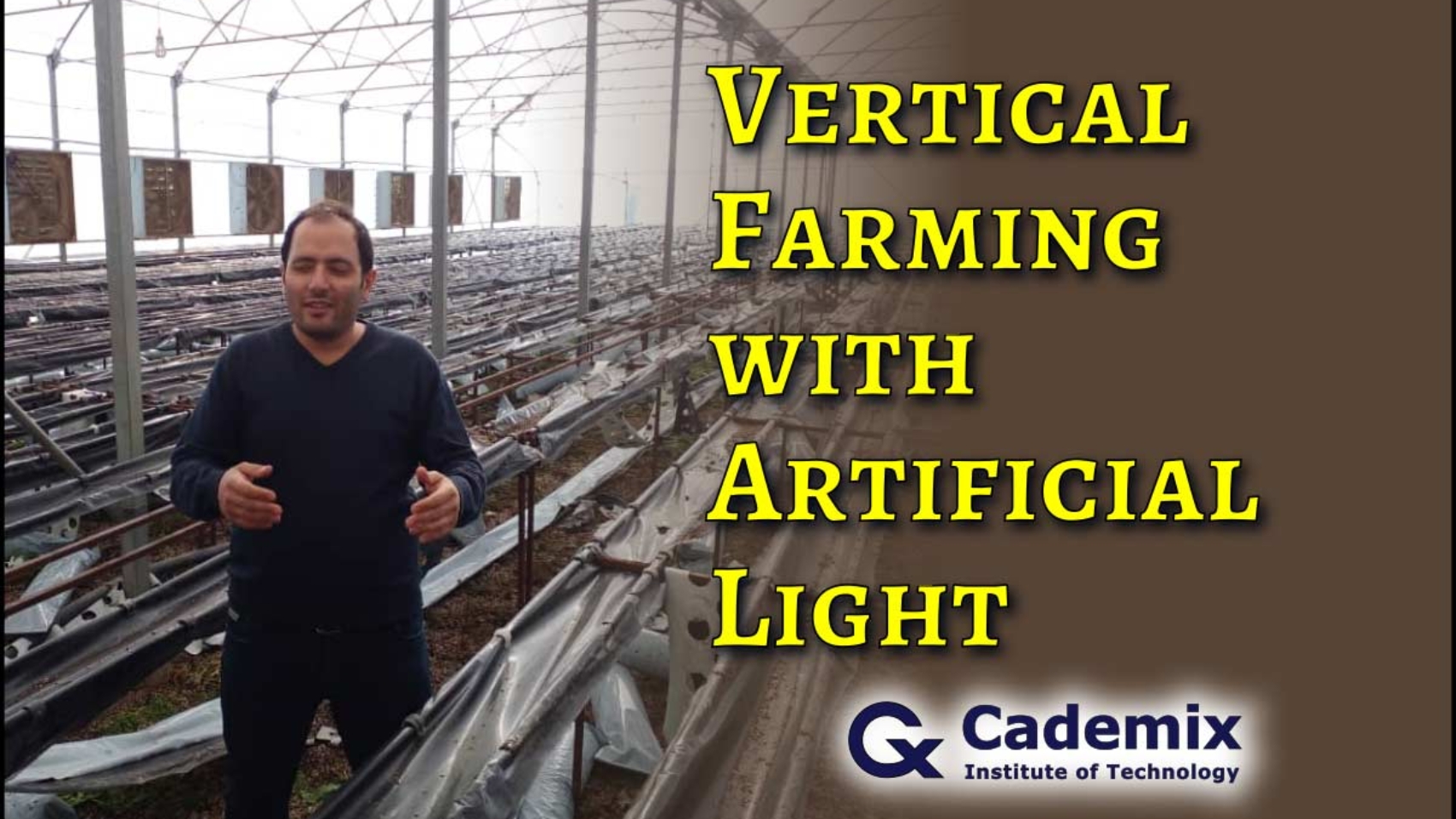 In this article we review the vertical farming and the future advancements in this area. We also discuss the implementation and other requirements from various perspectives, such as nutrition and artificial lights. By Hossein Nazarian, Cademix Institute of Technology 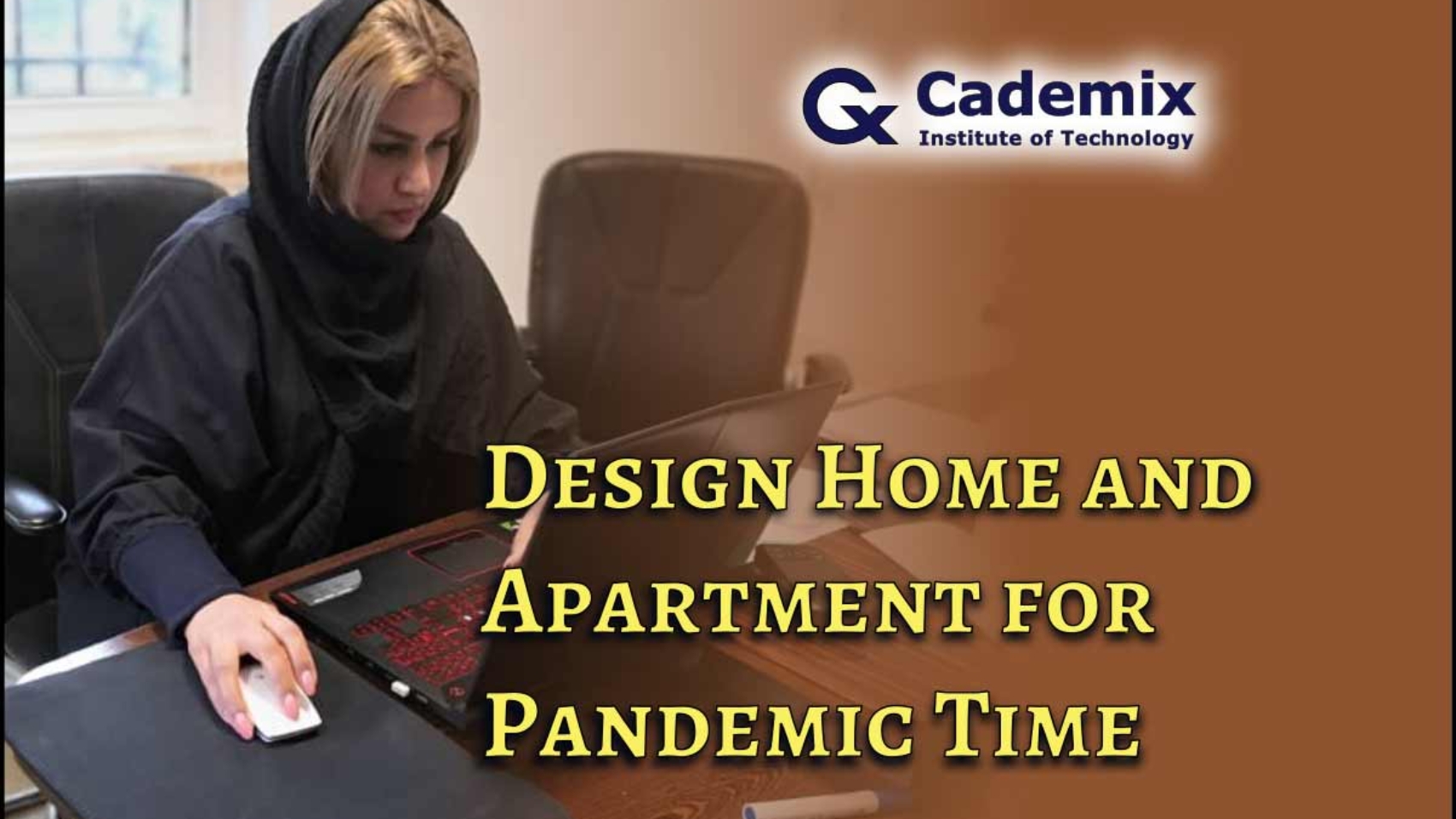 Since the start of coronavirus, our homes have served as temporary workplaces, schools, gyms, and clubs. Most of people are spending more time at our homes, more than ever before. Our lifestyle have changed especially throughout the Quarantine’s lengthy period. Specifically it is the case when fewer people commuting and more people working from home. Therefore, our homes have a different function. In this article, we discuss various aspects of the topic with special examples. We show a scenes of the Cademix virtual home and apartment, also how we adapt and try to design home and apartment for pandemic time.
By Shahrbanoo Rajabi, Cademix Institute of Technology. 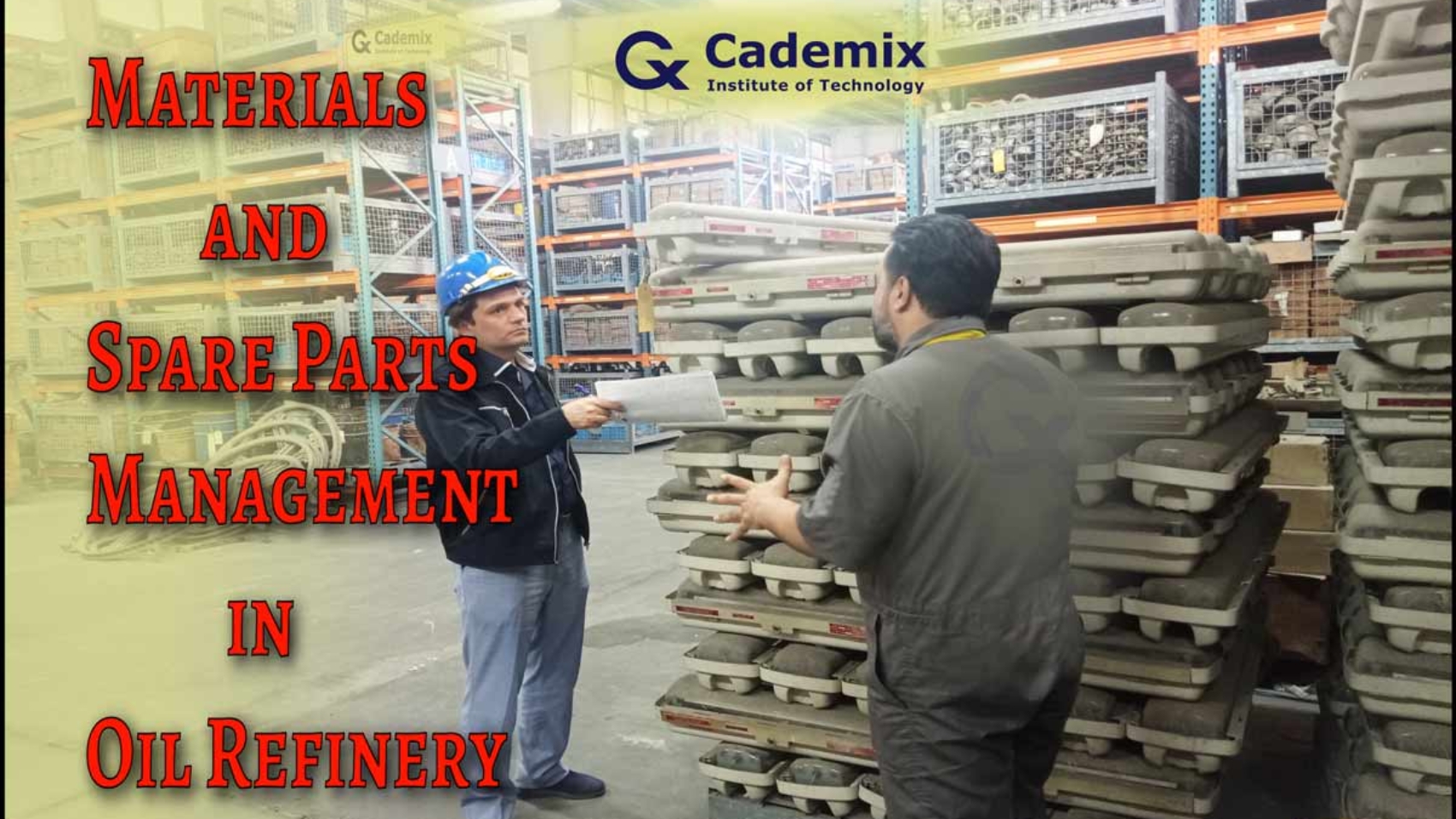 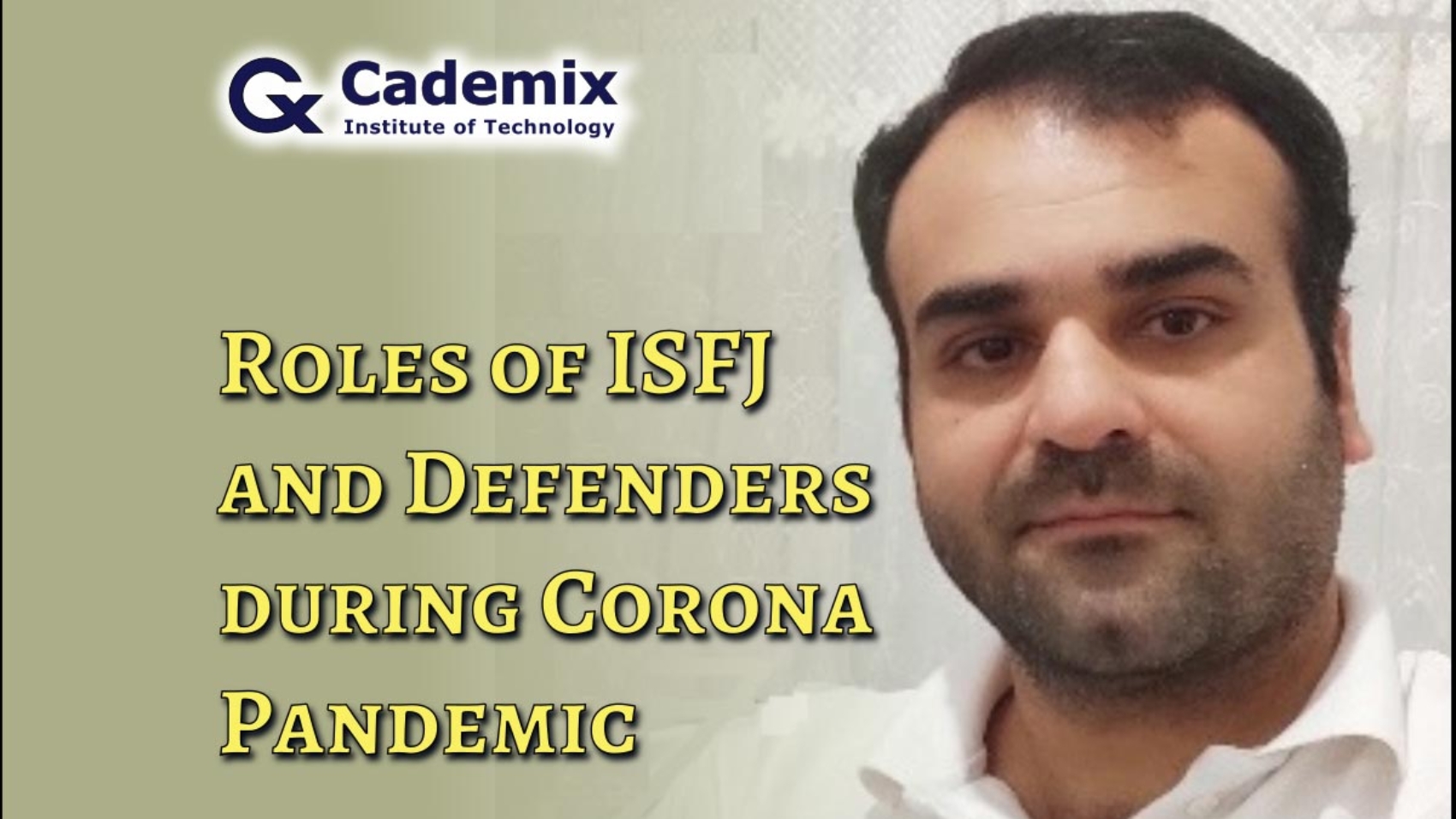 Defenders play the most important role during during Corona Pandemic. In this article we review a list of ten job titles related to ISFJ professionals during the COVID-19 pandemic. The list is mainly based on the strengths, personality traits and work preferences of the defenders during Corona.
By Rouhollah Salemi, Cademix Institute of Technology. 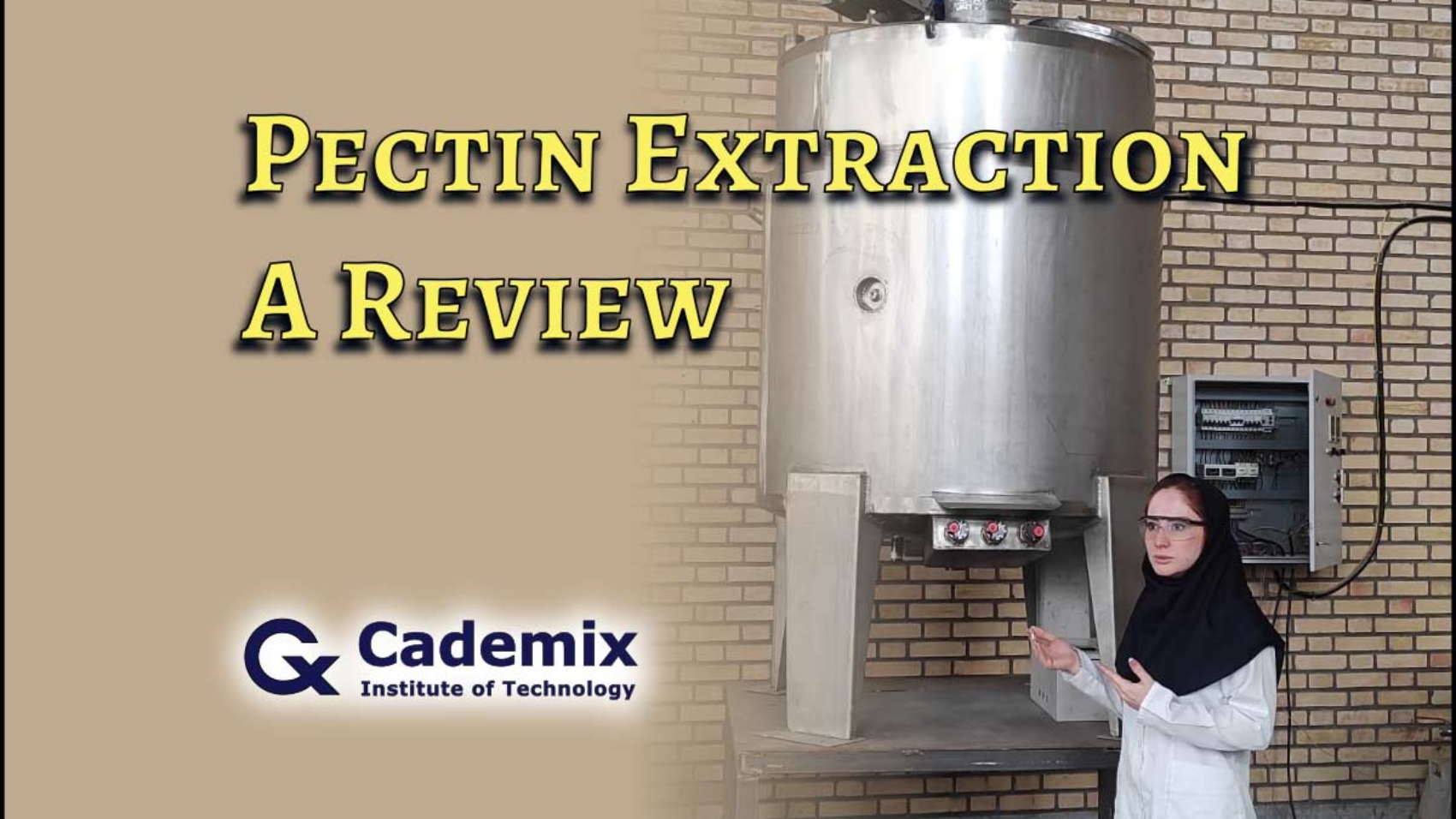 Pectin has lately been studied for many applications in the food sector, as well as in the medical and pharmaceutical fields. In this article we review the methods for pectin extraction and their application. Extraction of pectin using various approaches has proven to be a difficult task that has yet to be solved. Recent studies on pectin extraction utilizing different with the goal of capturing the state of the art on current pectin extraction research. Different acids have been discussed in relation to extraction procedure.
By Maryam vanaee, Cademix Institute of Technology